Finicky Consumerism, Volatile Investment, and the Puzzle of Low Wages in the High-Tech Economy

After the 2008 U.S. financial crisis, the largest economic changes in the U.S. and globally were not to inflation and wages, but were to wild swings in unemployment and output, contradicting “rational expectations” economics- why? Some blamed U.S. weather conditions on volatile growth after 2008. This article hypothesizes that the differences between the volatile stagflation of the 1970s, the relatively docile 1980s, the 2008 volatile crash, and, most pointedly, the topsy-turvy, global, low-wage stagnation after, are several fold: first, structural changes to the high-tech economy; second, central bank assertions about monetary policy; third, a finicky consumption and marketing of risky high-tech products, in-part responsible for the United States and Japan entering into liquidity traps, where firms decline to invest; and fourth, all of these factors causing the Phillips Curve to pivot, or move horizontally, particularly over expectations. These differences are hypothesized to create growth instability, swings in unemployment, and flat wages. The article uses conceptual and statistical methods, with new policies for ongoing conditions in high-tech economies such as the United States and Japan. 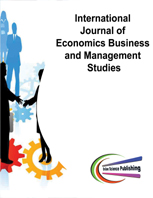