Totally 22 actinomycetes were isolated by dry heat (70oC) pre-treatment method on Starch casein agar media, from the soil sample that was collected nearer to the root region of the mangrove Rhizophora apiculata (Blume)-Rhizophoraceae from the back water area, Ariyankuppam, Puducherry (UT). All the 22 actinomycetes were subjected for primary screening against the 10 gram negative bacteria, 2 gram positive bacteria by agar plug method. The total percentage of inhibition by actinomycetes against bacteria in primary screening was noted as E.coli-9%, K. pneumoniae-0%, P.vulgaris-0%, P.aeruginosa-31.8%, S.typhi-13.6%, S.flexneri-13.6%, V.cholera-9%, B.bronchiseptica-68.2%, P.fluorescens-0%, E.faecalis-13.6%, B.subtilis-40.9%, S.aureus-9%. Totally 20 (90.91%) actinomycetes showed antibacterial activity towards any one of the tested bacteria, 2 (9.09%) actinomycetes showed no antagonistic activity. From these, it was noted that the mangrove actinomycetes were strong in their antibacterial activity. Only 4 actinomycetes were selected from R. apiculata and that were subjected for secondary screening. Out of 22 isolates from R.apiculata, 8 (36.36%) were active and 14 (63.64%) were inactive for the Candida albicans. 3 isolates from R.apiculata with strong anticandida activity were selected and subjected to confirmatory screening using cross streak method with 12 bacteria. The 3 active actinomycetes, selected from primary, secondary and cross streak method of antibacterial, anticandida activity were tested against thirteen fungi for antifungal activity by agar plug method and well diffusion method. Broad spectrum antimicrobial activity was confirmed by cross streak method for selected antagonistic actinomycetes. 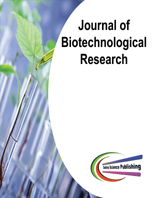