Sugar beet is considered one of the most important crops in Egypt because it was used in the production of sugar as it contains 15-20% sugar Pegomyia hyoscami (Vill) ((Diptera: Anthomyidae); harmful insect pest causing a lot of damage of the sugar crop. Chitosan (CS)-g-poly (acrylic acid) (PAA) nanoparticles, which are well dispersed and stable in aqueous solution have been prepared by template polymerization of acrylic acid in chitosan solution which have an insecticidal effect on insect pests. The usage of chitosan and nano chitosan test against Pegomyia hyoscami Results showed that, the LC50 obtained 111 and 56 ppm after P. hyoscami treated with different concentrations of chitosan and nano chitosan. Also, under field conditions when P. hyoscami treated with the chitosan and nano chitosan, the number of eggs significantly 53±1.7and 9±8.3eggs/ female as compared to 272±8.7 eggs /female in the control. The percentage of egg hatching, larval mortality, malformed pupae and malformed adults significantly decreased in case of chitosan treatments and almost reduced after nano chitosan treatments. The weight of sugar beet significantly increased to 2490±66.11and 1220±45.09 kg/ feddan as compared to 1780±55.43and 1220±45.09 kg/ feddan in the control during season 2016 and 2017 respectively. 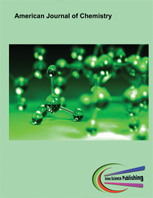