Chickpea (Cicer arietinum L.) production is constantly compromised by a complex of pathogens which cause wilt and root rot (WRR). Therefore, biological control and organic products have regained great importance in the last few years. In this work, polyphenols were obtained from ethanolic extracts through the ultrasound-microwave assisted technique from the plant species chinese privet leaves (Ligustrum lucidum) and moringa leaves (Moringa oleifera). A qualitative analysis through reverse phase high-performance liquid chromatography electrospray ionization mass spectrometry (RP-HPLC-ESI-MS) was conducted, so that their biological effectiveness under greenhouse conditions was determined by each group of polyphenols against Fusarium oxysporum f. sp. ciceris, Fusarium solani, and Macrophomina phaseolina which comprise the wilt and root rot complex. A complete randomized block design was established with three blocks and five treatments with nine replications each. Treatments were: Polyphenols of Ligustrum lucidum, polyphenols of Moringa oleifera, the fungicide Benomyl, the inoculated check, and the untreated check. The analysis of variance was performed and mean comparison with Duncan`s multiple range test (0.05). The results indicate that all groups of polyphenol had in their chemical composition, some compounds of known microbial activity, such as hydroxycinnamic acid, flavones, anthocyanins, catechins, and alkyphenols. Under greenhouse conditions, plants that had the lowest incidence and severity of the disease, were those treated with polyphenols from L. lucidum with 66% incidence, and were statistically different to the rest of the treatments. 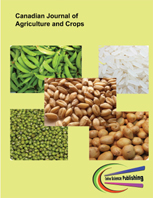